The Art of War – by Sun Tzu 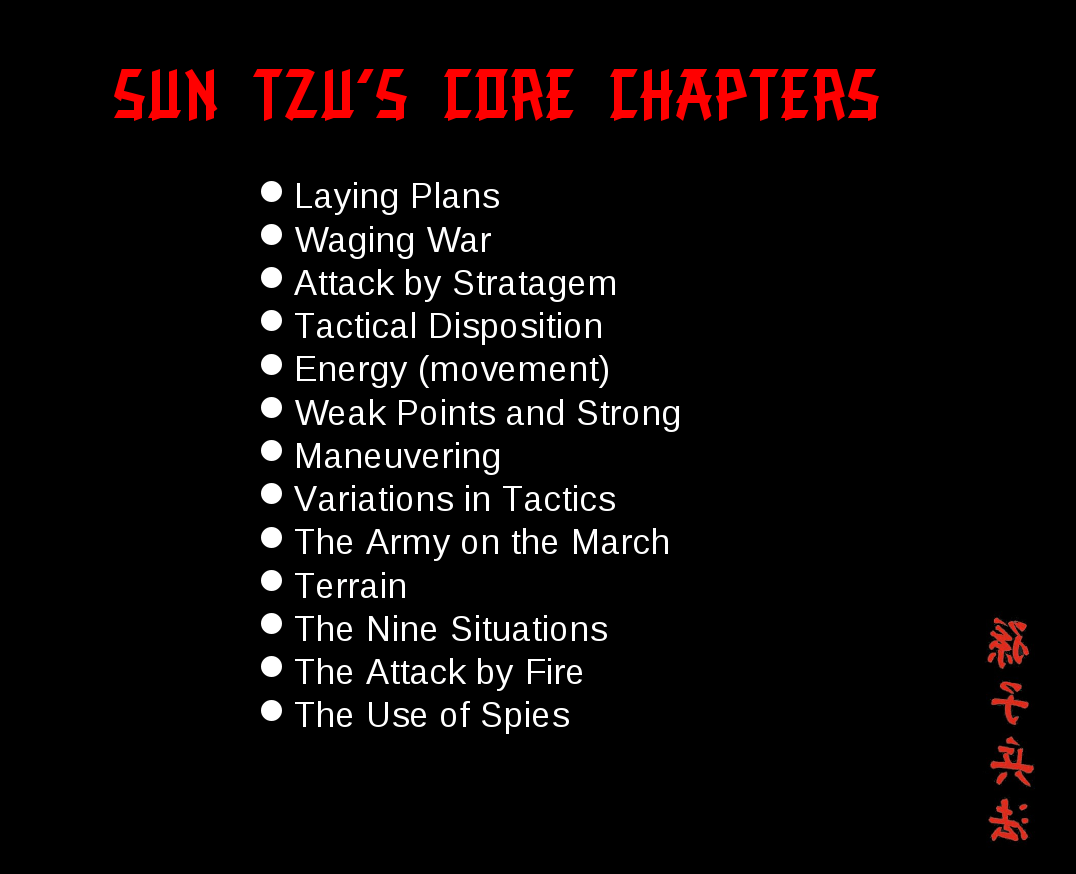 Victorious warriors win first and then go to war, while defeated warriors go to war first and then seek to win.
Sun Tzu is the reputed author of The Art of War (<Ping-fa), which some consider to be the best single book ever written on the subject. Of Sun Wu himself (Tzu is an honorific particle, meaning “master”), little is known beyond his birth in the state of Ch’i and service to King Ho-lu of Wu; he was a military specialist active during the turbulent late Chou dynasty. Recent excavations of ancient manuscripts of Sun Tzu in China have confirmed the great antiquity of the text attributed to him. Long studied in Asia, Sun Tzu’s work became known in the West only in the late eighteenth century and was not properly translated until the twentieth.

“The art of war is of vital importance to the state. It is a matter of life and death, a road either to safety or to ruin. Hence it is a subject of inquiry which can on no account be neglected.” So begins The Art of War, a meditation on the rules of war that was first published in China. Historians don’t know the exact date of the book’s publication (though they believe it to be in the 4th or 5th century); in fact, they don’t even know who wrote it! Scholars have long believed that The Art of War’s author was a Chinese military leader named Sun Tzu, or Sunzi. Today, however, many people think that there was no Sun Tzu: Instead, they argue, the book is a compilation of generations of Chinese theories and teachings on military strategy. Whether or not Sun Tzu was a real person, it’s clear that “he” was very wise: The Art of War still resonates with readers today.