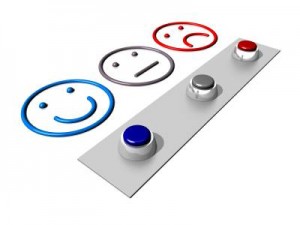 Just because it’s common, that doesn’t mean it’s not risky. Many people fall into the misconception that if a lot of people are doing something, it must be the safest path. If you were born several decades ago, you would have thought smoking was safe because everyone was doing it.

Is Having a Job Safer?

I earn my entire income from running this website. I love working on it and there is incredible potential for growth. But one of the common criticisms I get is that I’m taking on a riskier path than someone getting a job. In their minds, because a job is more common than online entrepreneurship, it must be safer.

Tell that to the factory workers from big auto companies that recently lost their jobs. Was it safer to adapt to an overpaid job in an aging industry? My income in the next few years may suffer because of the recession, but at least I can’t be fired.

The common self-help dichotomy is the safe and mediocre path versus the risky and virtuous one. Entrepreneurship is risky, but it’s also more satisfying than being a widget producer.

This dichotomy is false. Often the best option is actually the least risky over a period of time.

Take this online business. I didn’t pay any start-up costs, so if it flopped, I would only lose a bit of my time. My income stream is split through multiple different sources (and I have the option of easily pursuing new ones), so I’m diversified if one stream dries up. Finally the intangible assets I’ve built up in terms of skills and connections mean that, even if the worst case were to happen, I could use those skills to earn revenues elsewhere.

I’m not arguing that you should pursue an online business because it isn’t risky. You should do what you’re passionate about. However, I reject the argument that because I’m taking an unconventional approach to income generation, I’m at a bigger risk.

Conventional wisdom is a shortcut from actual thinking. When you rely on the majority to give you career, diet and spiritual advice you avoid thinking about these issues for yourself. Often when you peel off the covering, and start to understand the systems behind it, you can come up with more satisfying and less risky solutions to your problems.

When you peel off the outer layer from your career, you see that a job isn’t just working for money, it’s building skills that provide value in exchange for money. That’s why programs designed to give people jobs, but don’t provide value are insane. It’s also why, if you don’t produce value at your job, you are in a far riskier position than any entrepreneur.

Peeling off the layers to your diet and you’ll see that, while people have been omnivorous throughout their evolution, few societies have consumed the same volume of meat as people do today and none ate as much processed foods. Look closely and it makes more sense for meat to be a side-dish than the main course.

The Only Security is Within You

Personal development, far from being a risky choice, is probably one of the safest. You can always lose your job, but only rarely can you lose your skills. Businesses can die, but the lessons learned from failed ventures make future businesses stronger. Your health can falter, but your skill in changing your habits can stay strong.

If any investment of your time doesn’t build internal assets, it isn’t worth doing. Even the most lucrative job isn’t worth the paycheck if you aren’t becoming more skilled or knowledgeable as a result. One of the reasons I believe running a business is safer than working at a job is that I’ve learned far more from entrepreneurship than I have from any job or class. Even if my external assets fail, I’ve still built internal assets that can’t be taken away.

The Illusion of Security

“Security is mostly a superstition. It does not exist in nature, nor do the children of men experience it as a whole. Avoiding danger, in the long-run, is no safer than outright exposure.” – Helen Keller

Security doesn’t come from following the masses. With an economic collapse, terrorist attacks, obesity epidemics, and third-world flood-relief efforts in an industrialized country, I don’t think anyone can argue that the world is inherently safe. But in that fear you have two choices: to blindly follow the masses over the edge of a cliff, or to think for yourself.

Personal development and unconventional choices often lead to the most success. But despite their appearance, they often hold the least risk. Businesses can fail and diets can be flawed, but every day people lose their jobs and eat hamburgers. There is no such thing as complete safety, and if there was, it certainly wouldn’t be existing in the millions of mediocre choices made by the majority today.